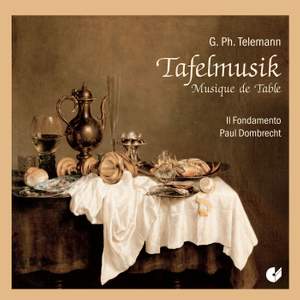 Musical banquets were very popular in Telemann’s day: the eminent citizens and rich merchants of Hamburg, despite its lack of royalty, knew the pleasures of combining music and gastronomy. Such occasions were not only graced by the choicest delicacies of the table and a concluding ball, but also by music in the style of oratorios, cantatas, overtures and other instrumental pieces provided by various composers, among them Telemann.

When in 1733 Telemann edited the three volumes (“productions”) of his Musique de Table, the title clearly shows for what occasion the work was intended: it was a contribution to banquets such as these. They were not conceived for a particular occasion, but were available by subscription. The demand was enormous for the time, with 206 subscribers from seven countries, that is to say Germany, France, Denmark, Norway, Spain, Holland and Switzerland. There was, however, just one name from England – Mr. Handel, Doctor of Music, London.