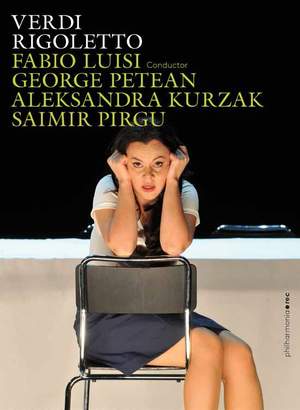 Grand festivities are held at the court of the Duke of Mantua. But the community which enjoys itself no longer knows values and amuses itself out of deadly boredom. The most cynical of all is court jester Rigoletto. He only wants to protect his daughter Gilda against the depraved world. He prohibits her everything – the young woman, however, goes her own way. On the first DVD of the new label Philharmonia Records we present Giuseppe Verdi’s popular opera «Rigoletto» live from the Opernhaus Zürich. Therewith, Director Tatjana Gürbaca – chosen as the Director of the Year 2013 by the «Opernwelt» – succeeded in producing a scenically reduced as well as expressively poetic production, acclaimed by press and public alike. Fabio Luisi, general music director of the Opernhaus Zürich and one of the leading interpreters of Italy’s opera repertory, stands at the desk of the Philharmonia Zürich.