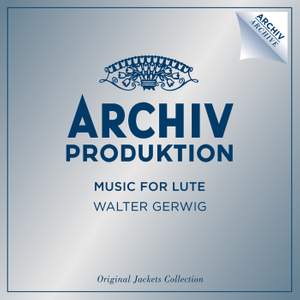 The lutenist Walter Gerwig (1899 – 1966) was a leading pioneer of Early Music in post-war Germany (rather like Julian Bream in the UK), and this box brings together for the first time on CD his wide-ranging recorded legacy with Archiv – Italian, French and Germany solo lute music from the 16th to the 18th century, including the first recording ever made (1949) of Bach’s G Minor Lute Suite.