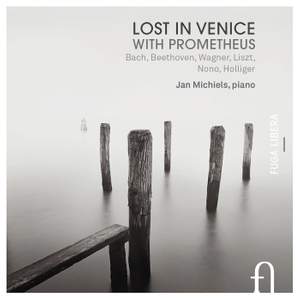 Offer, Lost In Venice With Prometheus

With the ‘Lost in Venice with Prometheus’ project, Belgian pianist Jan Michiels tells a story that follows the unshakeable logic of a dream. The result is a musical journey with, as the principal port of call, Venice, its architectural density serving as a metaphor for going deep into the plurality of history (of music). Our travelling companion is Prometheus, a character who, according to composer Luigi Nono and to the image of the city of 1,000 canals, never stopped seeking, finding, setting, going beyond and transgressing.