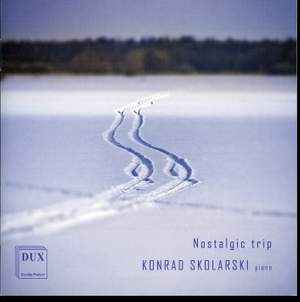 Godowsky: Saint-Saens - Carnival of the Animals

Saint-Saens - Carnival of the Animals: XIII. Le Cygne (The Swan)

Konrad Skolarski was born in 1980 into a musical family and started studying the piano at the age of four, five years later he performed J.S.Bach’s Concerto in F minor with concerto Avenna. In 2002 he recorded his debut CD and released by Universal to highly favourable reviews. His teacher, Peter Feuchtwanger says of his talented student – “When one listens to the young pianist Konrad Skolarski one is reminded of the pianists of the ‘golden age’ of piano playing.