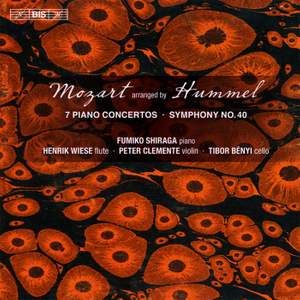 In the 1830s, Schott publishers commissioned Johann Nepomuk Hummel to make arrangements of Mozart’s orchestral works for piano, flute, violin and cello to help facilitate performances in a domestic setting.

Fumiko Shiraga’s performances were originally released on single discs between 2003 and 2006, to critical acclaim, including a Gramophone ‘Editor’s Choice’ and a ‘CD des Doppelmonats’ in Piano News: ‘This is how Mozart must sound, exactly like this…’.