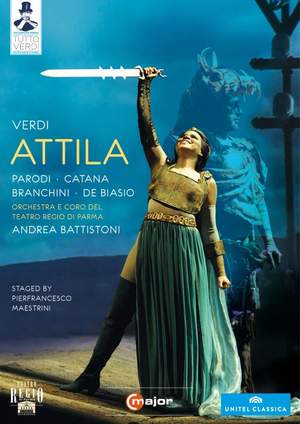 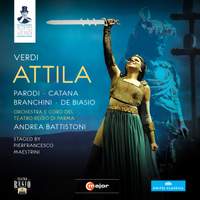 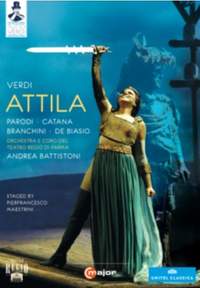 Based on a Romantic tragedy by Zacharias Werner, Attila is set in the 5th century AD. The opera takes as its starting point Attila’s plans to storm Rome with his army of Huns and the Roman’s attempts to prevent him. As with Nabucco and I Lombardi, Verdi spiced up the action with a number of patriotic choruses, guaranteeing that – against the background of the Italian movement for unification – the opera was a great success.

Bonus: 10 minute introduction to the opera

Released for the first time on Blu-ray