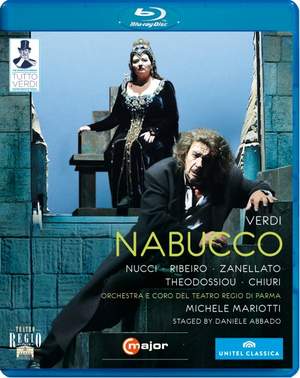 Nabucco was Verdi’s third work for the stage and proved his first great success when performed in 1842. It deals with the Hebrew’s attempts to break free from the yoke of their Babylonian oppressors and is nowadays numbered among Verdi’s most popular works, not least on account of its famous Chorus of Hebrew Slaves, which has one of the best-loved melodies in the whole history of opera.

Released for the first time on Blu-ray!

Bonus: Introduction to the opera