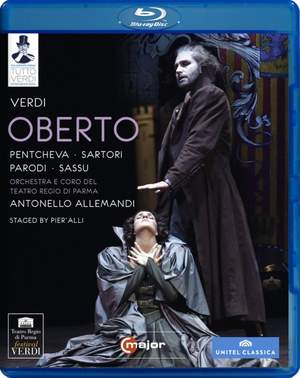 Oberto was the first of Verdi’s operas to be staged and was heard for the first time at La Scala, Milan, in November 1839. As a young and unknown composer, Verdi was subject to the rules then governing the opera industry in Italy. Even so, there are already many scenes in this early work that reveal unmistakable signs of the composer’s individual style.

Bonus: Introduction to the opera

Released for the first time on Blu-ray!