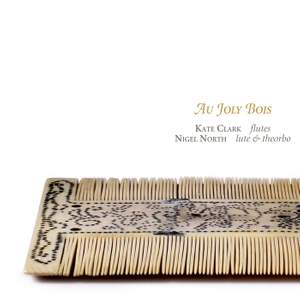 In an age when thousands of recordings testify to the glorious history of the flute as a solo, chamber and orchestral instrument, and even as a marvelous vehicle for jazz, it is difficult to imagine that the flute did not always have a distinct identity and a dedicated repertoire. In fact, there was no such thing as a ‘flute repertoire’ until the early 18th century. Before this the flute was simply one of the ‘instruments bas’ or ‘soft instruments’ considered suitable mostly for indoor music of all kinds.

In fact, vocal polyphony comprised by far the greatest part of what was played by instrumentalists, for to imitate the human voice – the only instrument made by God – was their humble task. Instrumental music remained in the shadow of vocal music for a long time to come.

One particular development stands out as a feature of 16th century musical practice that seems to point towards the role that instruments would come to have in the future: this was the practice of improvising virtuosic embellishments known as ‘diminutions’ or ‘divisions’ upon a single melody line taken from a polyphonic vocal piece while the remaining parts were played on a lute. The perfect balance between equal parts is lost, but the immense power of a beautifully crafted melody is highlighted. The lute supports the whole with a harmony that is full of life and rhythmic intricacy.