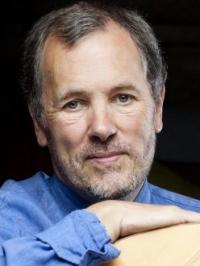 English lutenist Nigel North was born in 1954 and studied guitar and viola da gamba at the Royal College of Music where his teachers included John Williams and Carlos Bonell, followed by postgraduate work at the Guildhall School of Music and Drama, where he focused on the lute and became a Professor aged just 21. After graduation he worked with groups including London Baroque, The English Concert, The Academy of Ancient Music, and the Orchestra of the Age of Enlightenment (performing on the theorbo, mandolin and baroque guitar as well as the lute), and by the 1980s had established himself as a solo lutenist. His solo discography includes a Dowland series on Naxos, The Heart Trembles With Pleasure (a recital of music by Sylvius Leopold Weiss, shortlisted for a Gramophone Award in 2011), and A Decoration of Silence (an album of works by Francesco da Milano). He has also made numerous recordings with La Romanesca (which he founded with violinist Andrew Manze in the late 1980s), including a Gramophone Award-winning account of Biber’s Violin Sonatas on Harmonia Mundi.

North is also a prolific editor and arranger, and has published editions of lute music by Ferrabosca and Byrd; his book Continuo Playing on the Lute, Archlute and Theorbo: A Comprehensive Guide for Performers was published by Indiana University Press in 1987.

Find out more at https://en.wikipedia.org/wiki/Nigel_North