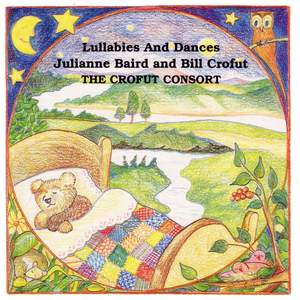 trad.: All the Pretty Little Horses

Haydn: All through the night 'The Widow's Lament'

This is a recording of folk and classical music transcribed for folk instruments. The connection between folk and classical is sometimes direct, as in Brahms's arrangements of existing folk tunes, or in the folk-based chorale tune of Jesu Joy of Man's Desiring; but more often the connection is one of mood, as in the folk dance-like character of My Lady Carrie's Dompe or the two bourées from Bach's English Suite. In trying to decide what to put on this recording we relied primarily on instinct, a feel for a piece, and whether it would work in transcription for folk instruments; but beyond any intellectual justification was the overriding sense of playing music we love. While the common theme is lullabies and dances, we did get sidetracked occasionally, when we simply wanted to play a particular piece.