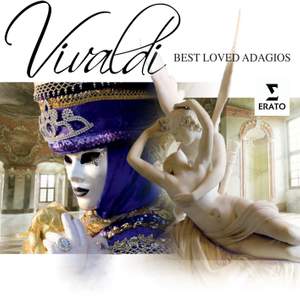 Antonio Vivaldi was born on 4 March 1678 in Venice. There is only a plaque on the church wall to recall that the future composer of The Four Seasons was baptized there two months later. He had in fact already been given an informal baptism at birth, apparently because of already frail health – according to the birth certificate he was “in danger of dying”.

Through his fragile nature Antonio would seem to have been predestined for an easy-going kind of career: holy orders would seem to suit him perfectly, even if his religious vocation was more than doubtful. Having climbed through the ranks towards the priesthood, he was finally ordained on 23 March 1703.

The son of a musician, Antonio was classified as one of the best violinists in the Republic of Venice, along with his father, in a Venetian annual publication for a foreign readership published in 1706. It was as a violinist that he made his name, but his instrumental work encompasses all the forms widely cultivated by the composers of the baroque era. Stravinsky’s well-known, and rather regrettable, jibe that Vivaldi wrote the same concerto six hundred times only makes one more aware of the astonishing mastery with which he succeeded, in his thoroughly Italian concertos, in adapting his writing to the capabilities of the various instruments for which he wrote. His adagios in particular show him as the perfect example of the art of conversation in music, and even if one comes to expect a certain sameness in the exchanges between soloists and orchestra, his management of the sound palette still strikes one as most ingenious. In numerous adagios and largos in his concertos we find a melancholy and a sadness that are perhaps unexpected from the pen of Vivaldi, and among the finest examples are the tone-paintings in The Four Seasons.

Vivaldi was also a composer of religious music and of operas, reflecting the dichotomy in his character, drawn both to the prayer-book and the stage. His sincerity often touchingly shines through the evident frenzy in which he wrote, and he imbues his secular or operatic solos with real emotional power and dramatic intensity: one has only to listen to the gravity of the Stabat Mater, or the gently ornamented melody of the verse “Sit nomen” in the motet Nisi Dominus.

In May 1740 Vivaldi left Venice for good and settled in Vienna, apparently in the hope of obtaining a post with the Emperor Charles VI, who had earlier shown him real kindness. Sadly, on 20 October in the same year, the Emperor passed away, poisoned by mushrooms: Vivaldi lost his final protector, and he himself died in penury in Vienna less than a year later, during the summer of 1741.