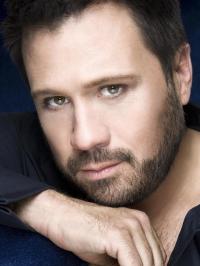 Born in South Carolina to two singers in 1966, Daniels began his adult vocal training as a tenor but retrained as a countertenor whilst studying with the great baritone George Shirley; he made his professional debut in 1992 and Metropolitan Opera debut seven years later (as Sesto in Handel’s Giulio Cesare, though he would later settle into the lower-lying title-role, which he has since sung at Glyndebourne and the Met). Daniels sang the title-role on Decca’s 2001 Gramophone Award-winning Rinaldo, with Cecilia Bartoli as Almirena; other notable recordings include Tamerlano in the Vivaldi pasticcio Bajazet for Fabio Biondi on Erato, Didymus in Peter Sellars’s ground-breaking 1996 staging of Handel’s Theodora at Glyndebourne, and a Handel recital praised as ‘sheer delight from start to finish’ (BBC Music Magazine).