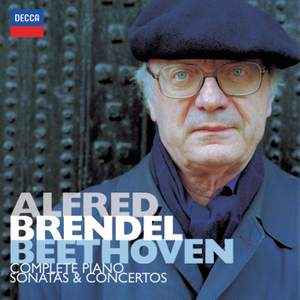 This stunning collection of Beethoven’s entire Piano works, is a Beethoven and Brendel fan must -have. Brendel’s Beethoven is represented by his analogue traversal (1970 – 77) of the 32 Piano Sonatas and the 5 Piano Concertos, long unavailable and including the Choral fantasia [with LPO/Haitink, recorded 1976-77] and now packaged as a cap box.