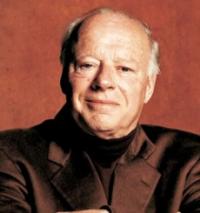 Bernard Haitink was born in Amsterdam and studied music at the conservatoire there. He played the violin in orchestras before taking courses in conducting under Ferdinand Leitner in 1954 and 1955. He became Second Conductor of the Netherlands Radio Union Orchestra in 1955. He was principal conductor of the London Philharmonic Orchestra from 1967 to 1979, and of the Concertgebouw Orchestra from 1961 to 1988 (jointly with Eugen Jochum until 1964), music director at Glyndebourne from 1978 to 1988 and at the Royal Opera House from 1987 to 1998. From 2002 he has been musical director of the Dresden Staatskapelle. In 1977 he was awarded an honorary knighthood in the Order of the British Empire (KBE).

Haitink has conducted a wide variety of reperoire, with the complete symphonies of Anton Bruckner, Gustav Mahler and Dmitri Shostakovich notable among his recordings.

Find out more at https://en.wikipedia.org/wiki/Bernard_Haitink

Recording of the Week,  Bruckner and Mahler from Haitink and Pappano

Haitink conducts the London Symphony Orchestra in Bruckner’s Fourth Symphony, whilst Pappano and the Orchestra dell’Accademia Nazionale di Santa Cecilia tackle Mahler’s Sixth in their first-ever recording of the composer’s music together.