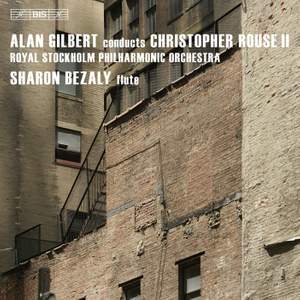 The works that have been chosen for the present disc come from two distinct stages in Rouse’s career, with the Flute Concerto (soloist: Sharon Bezaly) and the Second Symphony sharing as starting-point their maker’s preoccupation with the subject of death during the early 1990s. They also have a compositional strategy in common: in both works a central slow movement acts like a pivot, changing the listener’s perception of the music that follows, but also precedes it. But if the mood created by the Flute Concerto, with influences from both Irish and Scottish folk music, may be described as resigned, Symphony No. 2 addresses its subject in a much more furious way.

Sharon Bezaly is a superb soloist, finding a more intimate quality of lyricism…”