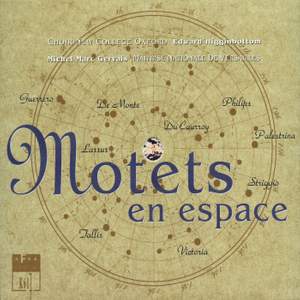 This Franco-British collaboration around the multichoir repertoire of the 16th century is significant in several ways, not the least of which is that it enhances affinities and complicity of two choir schools which are nevertheless very distinct. Throughout this recording, there are many examples of juxtaposed or mixed voices which show the difference between the two English and French vocal schools, but lead to a sumptous symbiosis of sound, a perfect example of which is Victoria's Ave Maria.