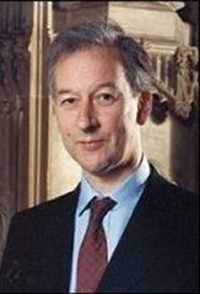 The English conductor Edward Higginbottom's early years were marked by distinction as a keyboard player. He gained his Fellowship of the Royal College of Organists before leaving school. A long association with Corpus Christi College Cambridge followed, beginning with an organ scholarship, continuing with graduate work and a doctoral thesis on French baroque music, and ending with a research fellowship (1973-76).

While at Cambridge, he gained recognition at home and abroad as director of the Cambridge University Purcell Society. Graduate work in Paris from 1970 to 1972 deepened his contacts abroad as he studied organ with Marie-Claire Alain while writing his doctoral thesis. His love of French culture has borne fruit in editions of François Couperin's chamber music, many recording projects featuring French music, and frequent invitations for New College Choir Oxford to sing in Europe and further afield.

Find out more at https://en.wikipedia.org/wiki/Edward_Higginbottom