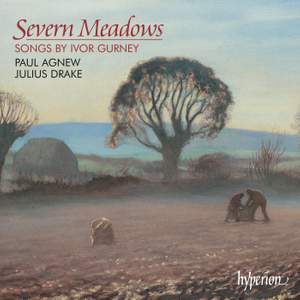 Gurney: You are my sky

Gurney: All night under the moon

Gurney: The Folly of Being Comforted

Gurney: Even such is time

Gurney: Nine of the clock

III. Under the greenwood tree

Gurney: The Fields are Full

Gurney: Down by the Salley Gardens

Gurney: The cloths of heaven

Gurney: I will go with my father a-ploughing

The life of Ivor Gurney was one of the most tragic in English musical history. A chorister in Gloucester Cathedral Choir at the turn of the century (along with Herbert Howells and Ivor Novello) he was later conscripted into The Great War where he was gassed in the trenches. This experience unhinged his mind and the last few years of his life were spent in an asylum. Gurney was a prolific poet and the composer of some of the most beautiful songs in the English language, many of which are included on this disc. Some are comparatively well-known (I will go with my father a-ploughing; In Flanders; Down by the Salley Gardens and the five 'Elizas'); many are not. The moving 'Severn Meadows', which gives the disc its title, sets his own nostalgic poem written in the trenches. This is tenor Paul Agnew's first solo CD and Julius Drake's debut on Hyperion.