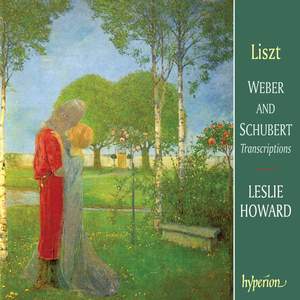 A very good pianist, who understands the Lisztian idiom and presents it with great effectiveness — American Record Guide

This forty-ninth volume in Leslie Howard's all-encompassing Liszt series focuses mainly on Liszt's activities as an editor. This work was quite separate from his work as a transcriber (where he would recreate the music of others on his own terms). In his editions of Beethoven, Weber and Schubert we find a respect for the original text quite exceptional for the time. This did not, however, prevent Liszt from offering textual alternatives (always clearly differentiated from the original composition in the scores) either to modernize the piano writing (for example, in the finale of the 'Wanderer' Fantasy) or to make the work performable as a concert solo (the Konzertstück). These works offer a fascinating insight into Liszt's approach to the performance of the music of others and were until now a totally neglected area of his output. The disc is completed by two 'regular' transcriptions: the recently identified third version of Die Rose, and Weber's 'Jubel' Overture.

A very good pianist, who understands the Lisztian idiom and presents it with great effectiveness