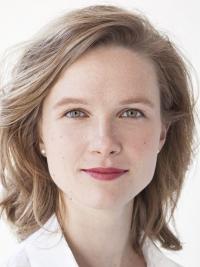 Mirga Gražinytė (she appended the Lithuanian word for silence, ‘Tyla’, to her name in adulthood) was born into a musical family in Vilnius in 1986, and studied in Graz, Leipzig and Zurich. Her early career included positions at Bern Opera and the Salzburger Landestheater and a fellowship with the Los Angeles Philharmonic; in early 2016 she was named as Andris Nelsons’s successor as music director of the City of Birmingham Symphony Orchestra. Gražinytė-Tyla was the first woman to hold the position, and subsequently became the first female conductor to sign an exclusive contract with Deutsche Grammophon; her debut recording on the label (Mieczyslaw Weinberg’s Symphonies Nos, 2 and 21, with Kremerata Baltica and the CBSO) was released in 2019, and was described by Gramophone as ‘one of the most important symphonic releases of the year’. Her discography also includes Weinberg’s chamber symphonies with Kremerata Baltica on ECM, Shostakovich’s Cello Concerto No. 1 with Sheku Kanneh-Mason and the CBSO, and Joe Cutler’s Elsewhereness with the Royal Birmingham Conservatoire Symphony Orchestra on NMC.

The Lithuanian conductor and the City of Birmingham Symphony Orchestra present evocative and dramatic accounts of four works by Elgar, Vaughan Williams, Britten, and Walton.

For her first recording with Deutsche Grammophon, the Lithuanian conductor offers haunting accounts of two symphonies by the Polish-born Soviet composer, Mieczysław Weinberg.