Today's album of choice, dubbed "The British Project", presents a quartet of works performed by the City of Birmingham Symphony Orchestra under their Music Director Mirga Gražinytė-Tyla. Technically the project began last October with the digital-only release of Britten's Sinfonia da Requiem, followed by the suite from Walton's opera, Troilus and Cressida in March. These two are now available in a physical format, joined by Elgar's Sospiri and Vaughan Williams's Fantasia on a Theme by Thomas Tallis. 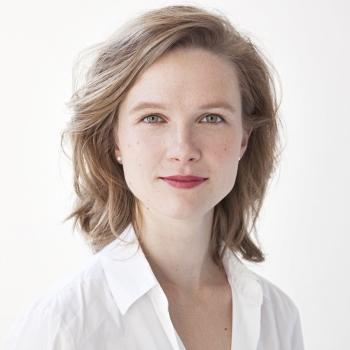 Scored for just strings, harp, and harmonium, the Elgar makes for a short but beguiling opener. It offers a wistful, melancholic melody for violins, and I loved the way that Gražinytė-Tyla shapes all of these phrases, introducing just the right amount of plasticity as well as a pleasingly tasteful use of portamento on occasion. Similarly, the Vaughan Williams piece that closes the album is given a shimmering performance which shows off the CBSO strings and is by turns radiantly effulgent and urgently dramatic as required.

Britten was commissioned to write the Sinfonia da Requiem in 1940 by the Japanese government to mark the 2600th anniversary of Emperor Jimmu's founding of the Japanese Empire, although it was ultimately rejected and not premiered until the following year in New York under John Barbirolli. The central Dies irae is a dizzying tour-de-force, with ghoulish instrumental effects such as flutter-tonguing flutes. There's a particularly impressive section for rapid-fire triplets in the trumpets: because it would be impossible for one player to manage the whole passage without needing to breathe, Britten divides it between two trumpets, and in this performance it is so seamlessly handed back and forth that you really can't hear the joins at all. As exhilarating as it is, eventually the movement runs out of steam and transitions gradually into the final Requiem aeternam, which features some beautifully serene playing from flutes and horns. As in the Elgar, I was especially enthralled by the way that Gražinytė-Tyla sculpts each phrase, and also by the way that she ensures that the various details come across without losing sight of the overall picture.

Finally we move to Walton's Troilus and Cressida, premiered at Covent Garden in 1954, and subsequently revived in 1976. Set during the Trojan War and based on Chaucer's poem chronicling the doomed love story of the two eponymous characters, the opera is a glorious score that never established a place in the repertoire, perhaps owing to its relatively conventional musical language which might have felt slightly outdated in the 1950s. Nevertheless, at the behest of Walton's widow, the composer and arranger Christopher Palmer was invited to produce a symphonic suite, and it is this magnificent half-hour work that we are treated to here.

The CBSO respond to Walton's evocative score brilliantly, from the balletic grace and poise of the Scherzo to more tender material for solo violin and clarinet as Cressida's host and uncle Pandarus suggests that she not travel during a storm, offering her a bed to sleep in that is 'soft as the limbs of Psyche'. The third and most substantial of the four movements is entitled 'The Lovers', presenting music from the Act Two love scene. It's a surging, heaving, tempestuous piece that was described by one critic as containing 'ecstasies so acute as to verge on pain', and somewhat more earthily by the composer as 'the pornographic interlude'.

The whole suite is fantastically colourful and varied: full of inventive touches of orchestration, it frequently reminded me of other musical depictions of antiquity such as the last part of Respighi's Pines of Rome, or even Miklós Rózsa's scores for films such as Ben-Hur and Julius Caesar (I'm not alone in this - Walton himself referred to one of the trumpet fanfares in the final movement as "the MGM bit"!). It is the highlight of a most remarkable collection of British music. 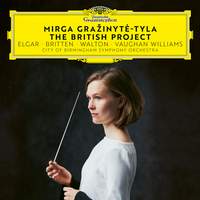