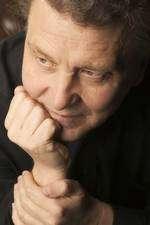 Vassily Sinaisky’s international career was launched in 1973 when he won the Gold Medal at the prestigious Karajan Competition in Berlin. His early work as Assistant to the legendary Kondrashin at Moscow Philharmonic, and his study with Ilya Musin at the Leningrad Conservatoire provided him with an incomparable grounding.

Vassily Sinaisky has made several recordings with the BBC Philharmonic Orchestra for Chandos including works by Szymanowski, Shchedrin, Balakirev and Schreker and most recently a series of recordings of Shostakovich’s film music.