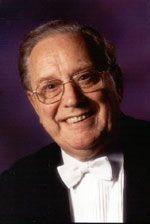 Sir Alan Charles Maclaurin Mackerras (born 17th November 1925, died 14th July 2010) was an Australian conductor. He received a CBE in 1974 and was knighted for his services to music in 1979. In 1996 he received The Medal of Merit from the Czech Republic, and in 1997 he was made a Companion of the Order of Australia. In 2003 he was made a Companion of Honour in the Queen's Birthday Honours. In 2005, he was presented with the Royal Philharmonic Society Gold Medal and he was also the first recipient of the Queen’s Medal for Music.

In one of his last performances with the Czech Philharmonic Orchestra, the late Sir Charles Mackerras conducts a magnificent account of the underrated 1906 symphony, composed in memory of Suk’s mentor and father-in-law Dvořák.