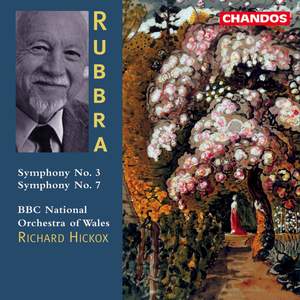 For some years the Third Symphony was a repertory piece, at least on BBC programmes, but it fell out of favour in the late 1950s. Commentators have noticed a certain Sibelian cut to its opening... — Gramophone Classical Music Guide, 2010 More… 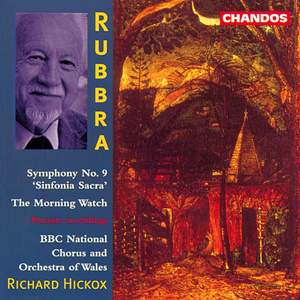 The Ninth (1973) is Rubbra's most visionary utterance, and its stature has so far gone unrecognised.
(This is its only recording.) Its subtitle, Sinfoniasacra, gives a good idea of its character.... — Gramophone Classical Music Guide, 2010 More…