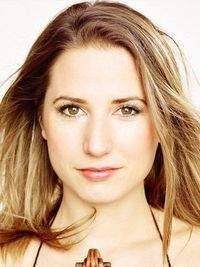 Dutch violinist Rosanne Philippens was born in Amsterdam in 1986 and studied at the Royal Conservatory of The Hague and the Hochschule für Music ‘Hanns Eisler’ in Berlin; early successes included the 2008 Kersjes Prize and the Oskar Back National Violin Competition.

•Her debut album Rhapsody (tracing the influence of folk music on Ravel and Bartók) was released on Channel Classics in 2013 and was described by Gramophone as ‘a pungent programme, played with terrific spirit’; subsequent recordings for the label include MYTH: Szymanowski and Stravinsky, a Prokofiev album with the Sinfonieorchester St. Gallen, and Insights, a recital of solo works by Biber, Bach, Enescu and Ysaÿe, which was developed through audience feedback during a European tour in 2018. The impetus for the latter project grew out of Philippens’s Amsterdam Pop-Up Studio, in which she presents short recitals in informal settings - complete with wine, a finger-buffet, and audience interaction.