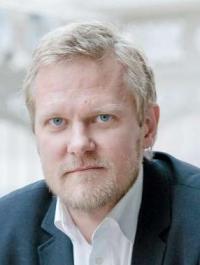 Kasper Holten was born in Copenhagen in 1973 and worked as an assistant to David Pountney and Harry Kupfer before being appointed artistic director of the Royal Danish Opera whilst still in his twenties; his work there included an acclaimed staging of Der Ring des Nibelungen which was released on DVD and won a Gramophone Award in 2009.

In 2011 he took up the position of Director of Opera at Covent Garden, where he remained until 2017; his own productions during his tenure included Szymanowski’s Król Roger (‘all the imagination of Kasper Holten's production coheres compellingly’ – BBC Music Magazine), an Escher-inspired Don Giovanni, and Tchaikovsky’s Eugene Onegin, all of which are available on DVD and Blu-ray. Holten’s discography also includes Wagner’s Das Liebesverbot from the Teatro Real Madrid, a spectacular Carmen from the lake theatre at Bregenz, and the Don Giovanni-inspired film Juan – shot in Budapest, sung in English and drawing on contemporary film including Traffic, The Bourne Trilogy and Scandinavian film noir.

Find out more at https://en.wikipedia.org/wiki/Kasper_Holten

Katherine talks to the director of the Royal Opera House about his recent production of Mozart's darkest opera, out now on DVD and Blu-ray and due for revival in the spring.