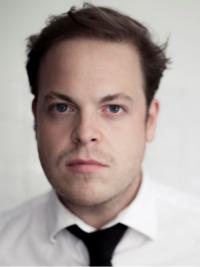 The English tenor Andrew Staples began singing as a treble at St Paul’s Cathedral, going on to train at King’s College Cambridge and the Royal College of Music. He made his Covent Garden debut in 2006 as Jaquino in Fidelio, and has returned there for roles including Narraboth in Salome, Tamino in Die Zauberflöte and Flamand in Capriccio; he is also particularly acclaimed in English-language roles including Stravinsky’s Tom Rakewell and Britten’s Peter Quint, and on the concert-platform in works such as Mahler’s Das Lied von der Erde and the Verdi Requiem.

His discography includes Artabano in Thomas Arne’s *Artaxerxes* for Classical Opera, Sir Andrew Davis’s ‘supersized’ Messiah on Chandos (which was nominated for a Grammy in 2017), the title-role in Elgar’s The Dream of Gerontius with Daniel Barenboim (for which he replaced an indisposed Toby Spence – himself a late substitute for Jonas Kaufmann - at just a few hours’ notice), and two recordings with vocal ensemble The Prince Consort. Staples also has parallel careers as a photographer and opera director.

Find out more at https://en.wikipedia.org/wiki/Andrew_Staples

Recording of the Week,  Arne: Artaxerxes

Ian Page and the Classical Opera Company resurrect the British composer’s ornate depiction of skulduggery in Ancient Persia, premiered in London in 1762, with Christopher Ainslie in the title-role and Elizabeth Watts as his firebrand sister.