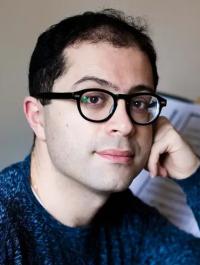 Born in Tehran in 1984, the Iranian-American harpsichordist Mahan Esfahani studied at Stanford University and with Peter Watchorn and Zuzana Růžičková. He spent three years as artist-in-residence at New College Oxford, and was a BBC Radio 3 New Generation Artist from 2008-2010. His debut solo album of Byrd, Bach and Ligeti was released on Wigmore Hall Live in 2014 and was praised by BBC Music Magazine for his ‘giddying technique and perceptive understanding’; recordings of CPE Bach and Rameau on Hyperion followed (the former winning a Gramophone Award and the BBC Music Magazine Newcomer Award in 2015), and in 2014 he became the first harpsichordist to sign with Deutsche Grammophon in three decades, a partnership which produced an award-winning account of the Goldberg Variations and the eclectic Time Present and Time Past, which includes music by Scarlatti, Bach, Geminiani, Reich and Górecki. He returned to Hyperion in 2018.

The Iranian-American harpsichordist talks to David about his new album, featuring lively accounts of the seven keyboard toccatas by JS Bach.