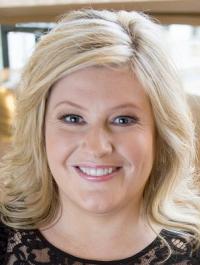 Scottish mezzo Karen Cargill was born in Arbroath in 1975 and trained at the Royal Scottish Academy of Music and Drama, with early successes including joint first place (with New Zealand bass-baritone Jonathan Lemalu) in the 2002 Kathleen Ferrier Award. She made her Scottish Opera debut in 2007 in Il barbiere di Siviglia, and regularly appears with the Scottish Chamber Orchestra and the Edinburgh International Festival as well as further afield; in 2012 she made her first appearances at both Covent Garden and the Metropolitan Opera as Waltraute in the Ring Cycle, and returned to the Met as Anna in Les troyens the following year. Her repertoire also includes Brangaene, Judit in Duke Bluebeard’s Castle, Isabella in L’Italiana in Algeri, and Suzuki Madama Butterfly.

Berlioz features prominently in Cargill’s discography, which includes Marguerite in La damnation de Faust for Sir Simon Rattle, Marie in L’enfance du Christ under Sir Colin Davis, and La mort de Cléopâtre under Valery Gergiev (all with the London Symphony Orchestra), and Les nuits d’été with the Scottish Chamber Orchestra and Robin Ticciati, which prompted BBC Music Magazine to state that ‘Cargill has a remarkably beautiful voice, full of sunny delicacy and warmth but also capable of Wagnerian dramatics’.

Find out more at https://en.wikipedia.org/wiki/Karen_Cargill