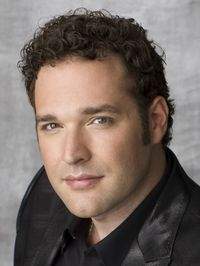 Born in Louisiana in 1979, Bryan Hymel is especially renowned for his performances of the high-lying but heroic roles of nineteenth-century French repertoire, including works by Berlioz, Meyerbeer, Rossini and Massenet.

His singing career blossomed early; despite initially intending to become a trumpet-player, by the age of 20 he had made his professional operatic debut (in a small role in Saint-Saens’s Samson et Dalila in his native New Orleans), reached the finals of the Metropolitan Opera National Council Auditions, and won the Verdi Aria Competition at Aspen. After studying at Loyola University, on San Francisco Opera’s Merola Programme and at Philadelphia’s Academy for Vocal Arts, he came to international prominence in 2012 when he replaced an ailing Jonas Kaufmann as Énée in David McVicar’s production of Les troyens at Covent Garden: he was described as ‘a match for Jon Vickers’ by Gramophone and went on to reprise the role at the Metropolitan Opera (opposite Susan Graham’s Didon) to great acclaim later that year. Subsequent engagements at Covent Garden included Henri in Les vêpres siciliennes and the title-role in Meyerbeer’s Robert le Diable (both of which are available on DVD and Blu-ray).

Hymel’s debut solo CD, Héroïque, was released on Warner Classics in 2015 and won praise for his ‘easy-sounding high notes and intense tone’ (The Guardian), ‘clean sweetness of tone and particular facility above the stave’ (Daily Telegraph), and ‘brilliant attack and bright, gleaming top’ (Sunday Times).

Find out more at https://en.wikipedia.org/wiki/Bryan_Hymel

Recording of the Week, French Opera Arias from Bryan Hymel and Piotr Beczala