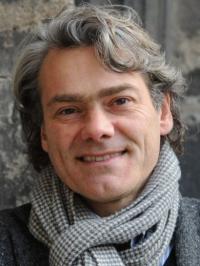 Born in Straubing in 1969, Gerold Huber is widely recognised as one of the finest lieder pianists of his generation, and is particularly noted for his partnership with the baritone Christian Gerhaher, with whom he has been friends since childhood. Huber studied at the Hochschule für Musik und Theater in Munich, where he was taught by Helmut Deutsch and Friedemann Berger; following a masterclass with Dietrich Fischer-Dieskau, he and Gerhaher won the Prix International Pro Musicis in 1998 and have worked together closely ever since.

Huber’s recitals and recordings with Gerhaher have attracted near-devotional acclaim since the mid-2000s: reviewing one of their frequent Wigmore Hall recitals in 2014, The Telegraph’s Rupert Christiansen declared that ‘you will not hear, anywhere, music more beautifully made than this’, whilst The New York Times described theirs as ‘the world’s greatest song partnership’ in 2018. Their discography together includes Schubert’s Die schöne Müllerin (winner of the Diapason d’Or in 2017), Nachtviolen (which won the vocal category at the 2015 Gramophone Awards), the Schumann recital Melancholie (a BBC Music Magazine Awards winner in 2009), and a Mahler album which was described by The Guardian as ‘a perfect mixture of musical tact and illumination’ in 2009.

Find out more at https://en.wikipedia.org/wiki/Gerold_Huber

Recording of the Week,  Christmas Recordings from Fretwork and Christiane Karg

The viol consort is joined by mezzo Helen Charlston for an Elizabethan Christmas, whilst Karg and her regular recital partner Gerold Huber offer a beautifully-plotted programme of Lieder and mélodies with a seasonal theme.