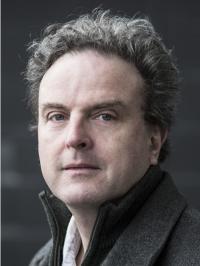 English countertenor Michael Chance was born in Buckinghamshire in 1955 and sang as a chorister at St George’s Chapel Windsor before studying at Eton and King’s College Cambridge; he made his professional operatic debut in Cavalli’s Giasone at the Buxton Festival (where he continued to perform regularly until 2014), and international success soon followed with engagements at La Scala, the Sydney Opera House, Covent Garden and the Teatro Colon. As well as his extensive baroque and classical repertoire (including the title-roles in Gluck’s Orfeo, Handel’s Rinaldo, Solomon and Ottone, and Mozart’s Ascanio in Alba) he has won acclaim as Britten’s Oberon (A Midsummer Night’s Dream) and Apollo (Death in Venice), and in new commissions by composer including Tan Dun, Richard Rodney Bennett and Alexander Goehr.

Chance founded The Grange Festival in Hampshire in 2015, and conducted Monteverdi’s Il ritorno d’Ulisse there in 2017. His son Alex is also an extremely promising countertenor, singing with the new English early music ensemble The Gesualdo Six.

Find out more at https://en.wikipedia.org/wiki/Michael_Chance