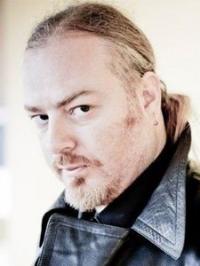 Russian bass-baritone Yevgeny Nikitin was born in Murmansk in 1973 and studied at the Saint Petersburg Conservatory, singing in a heavy metal band as a student alongside appearances at the Mariinsky Theatre, with which he has maintained a close connection throughout his career.

Nikitin is particularly in demand for Wagner, where his roles include Amfortas (which he has recorded for Marek Janowski and Valery Gergiev), Telramund (which he sings on Mark Elder’s 2017 recording with the Royal Concertgebouw Orchestra), Wotan in The Ring Cycle, which he first performed complete at the Mariinsky in the 2017/18 season, and the title-role in Der fliegende Hollander. (He was scheduled to appear in the latter role at the opening night of the Bayreuth Festival in 2012, but withdrew amid controversy concerning large tattoos on his chest which festival organisers perceived to have Nazi connotations – Nikitin maintained that he was unaware of the symbols' significance, but pulled out of the production and has never returned to Bayreuth). Other repertoire includes Scarpia in Tosca, Pizarro in Fidelio, Jokanaan in Salome, and Shaklovity in Khovanshchina.

His discography includes Klingsor on the DVD of the Francois Girard’s new production of Parsifal for the Metropolitan Opera in 2013 (‘Nikitin’s Klingsor seems to enjoy raising the rafters’ – Opera Now), Berlioz’s Roméo et Juliette with the London Symphony Orchestra, and an all-Wagner album with the Orchestre Philharmonique Royal de Liège on Naïve.

Find out more at https://en.wikipedia.org/wiki/Yevgeny_Nikitin_(bass-baritone)