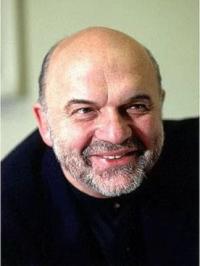 Robert Tear was born in Barry, Glamorgan in 1939 and studied at King's College Cambridge, where he was a choral scholar. He made his operatic debut in 1963 as the Male Chorus in Lucretia, thus beginning a long association with the music of Benjamin Britten: having sung small roles (such as the Novice in Billy Budd and Horace Adams in Peter Grimes) under the composer and opposite Peter Pears, he later inherited the Pears mantle, winning particular acclaim as Aschenbach, Quint and Captain Vere and in the Serenade and Nocturne. A renowned Handelian and Evangelist, his wide repertoire also encompassed many later oratorios (he was an especially eloquent Gerontius) as well as Mozart, bel canto and Wagner and much contemporary music: he created the role of Dov in Tippett's The Knot Garden and also worked closely with Birtwistle and Henze. His death was announced on 29th March 2011.