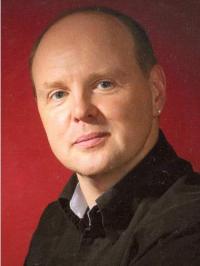 Barry Banks is one of the finest high tenors of his generation and is in demand at the opera world’s most prestigious addresses for his portrayals of demanding bel canto roles such as Arnaud in Rossini’s Guillaume Tell, Don Narciso in his Il turco in Italia, Idreno in his Semiramide and Elviro in Bellini’s La sonnambula, as well as the title-role in Mozart’s Mitridate.

Born in Stoke-on-Trent in 1960, Banks spent his teens playing the cornet in local brass bands before studying at the Royal Northern College of Music in nearby Manchester and later at the National Opera Studio; engagements with leading British companies such as Opera North, English National Opera and Welsh National Opera followed soon after graduation, and shortly afterwards he also made an acclaimed American debut in the title-role of Bernstein’s Candide in Chicago.

A prolific recording artist, Banks has worked regularly with Opera Rara (for whom he has recorded Donizetti’s Rita, Mercadante’s I Normanni a Parigi, and Rossini’s Bianca e Falliero) and Chandos Records – his credits on their Opera In English series includes ‘a positive, un-wimpish Tamino’ (BBC Music Magazine) on Charles Mackerras’s recording of The Magic Flute, Nadir in The Pearl-Fishers, Ernesto in Don Pasquale, Lindoro in The Italian Girl in Algiers ('most eloquent’ – Gramophone Guide), Giannetto in The Thieving Magpie, and a collection of bel canto arias.

Find out more at https://en.wikipedia.org/wiki/Barry_Banks_(tenor)