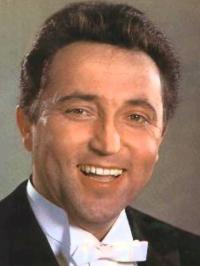 Despite singing professionally for only just over a decade, the German lyric tenor Fritz Wunderlich is firmly enshrined as one of the greatest voices of the twentieth century thanks to the sweetness and clarity of his tone and the elegance of his delivery – qualities which made him a peerless interpreter of Bach, Mozart, Schubert lieder, and operetta and popular songs.

Born in Kusel, Germany on 26th September 1930, he studied in Freiburg (initially training as a horn-player) where he made his professional debut as Tamino, a role which he sang over 100 times and recorded for Karl Böhm with Dietrich Fischer-Dieskau as Papageno. He built up an impressive discography over the course of his short career, with other notable recordings including Haydn’s Creation and Beethoven’s Missa Solemnis under Herbert von Karajan, Mahler’s Das Lied von der Erde with Christa Ludwig and Otto Klemperer, and the St Matthew Passion under Karl Böhm.

Wunderlich died aged just 35 after falling downstairs whilst on vacation; he was due to make his Metropolitan Opera debut (as Don Ottavio) later that month.

Find out more at https://en.wikipedia.org/wiki/Fritz_Wunderlich