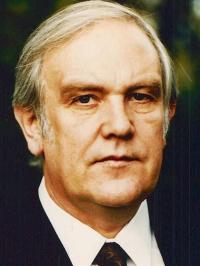 Born just outside Cologne (which remained his base throughout his fifty-year operatic career) on 11th April 1938, Moll initially intended to become a cellist but was encouraged to pursue vocal studies by an astute schoolteacher; studies at the Musikhochschule Köln led straight to an apprenticeship at the Cologne Opera, and by the late 1960s he was appearing regularly throughout Germany and Austria in roles including Sarastro (Die Zauberflöte), Osmin (Die Entführung aus dem Serail) and König Marke (Tristan und Isolde).

Wagner figured heavily in Moll’s repertoire from relatively early in his career, though as a true bass he steered clear of major roles such as Wotan, Hans Sachs and The Dutchman in favour of Hunding, Pogner and Daland (though he did tackle Sachs’s Act II monologue with his customary eloquence in the recording-studio), and most notably Gurnemanz in Parsifal, where his patrician bearing, sensitivity to text and ability to sustain and shape long narrative passages paid wonderful dividends. Other key roles included Sparafucile (Rigoletto), Rocco (Fidelio), the Commendatore in Don Giovanni and Bartolo in Le nozze di Figaro, though it is probably as Baron Ochs in Der Rosenkavalier that he will be most fondly and widely remembered – he performed the role at venues including the Salzburg Festival, the Metropolitan Opera and Covent Garden and sang it seven times on disc (including three studio recordings for Karajan, for whom he had great respect and affection), eschewing boorish caricature in favour of a more nuanced portrayal of the entitled but insecure aristocrat. (Reviewing Carlos Kleiber’s live 1994 recording from the Wiener Staatsoper, Gramophone described Moll’s Ochs as ‘a revelation, a financially desperate man driving life-and-death bargains’).

Moll was also very active on the concert-platform, in both oratorio and lieder; he was particularly renowned as Raphael in Haydn’s Creation (which he recorded for James Levine, Antal Dorati and Leonard Bernstein) and in Schubert song.

Moll’s final operatic appearance was in 2006, as the Nightwatchman in Die Meistersinger at the Bavarian State Opera (the role in which he had made his Bayreuth Festival debut almost four decades earlier). He died in Cologne on 5th March 2017.

Find out more at https://en.wikipedia.org/wiki/Kurt_Moll

The German bass, especially renowned in Wagner and Strauss, has died aged aged 78.