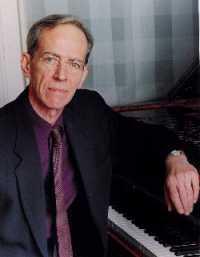 Hamish Milne was born and grew up in Salisbury of Scottish parents and studied with Harold Craxton at the Royal Academy of Music and then in Italy with Guido Agosti (who had studied with Busoni). At the Accademia Chigiana in Siena he was lucky enough to hear the classes of Casals, Cortot and Segovia at the end of their lives and, in particular, to hear those of Sergiu Celibidache, which made a deep impression on him that lasts to this day. He is interested in film, books, people and cricket, ‘in a completely eclectic and disorganised way’.

Hamish Milne has appeared as soloist with most of the leading British orchestras and has given over two hundred broadcasts for the BBC. He is also well known as a chamber musician. He has recorded for Chandos, CRD, Danacord and Decca, as well as for Hyperion. His Hyperion recordings include piano concertos by Joseph Holbrooke and Haydn Wood, and by Sergei Lyapunov, solo piano music by Anatoly Alexandrov, and a disc of Bach transcriptions by Russian composers.

Hamish Milne is a professor at the Royal Academy of Music in London.

Find out more at https://en.wikipedia.org/wiki/Hamish_Milne

The British pianist, who was particularly associated with the music of Nikolai Medtner, has died aged 80.