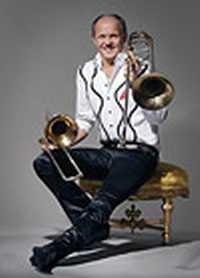 Christian Lindberg´s achievements for the trombone can only be compared with those of Paganini for the violin or Liszt for the piano. Having premièred over 300 works for the trombone (including more than 30 composed by Christian himself), recorded over 70 solo CD's, and having an international solo competition created in his name in Valencia, Spain, Christian Lindberg is today nothing less than a living legend.

The Swedish conductor talks to David about his new recording of Stenhammar's mighty Second Symphony with the Antwerp Symphony Orchestra.