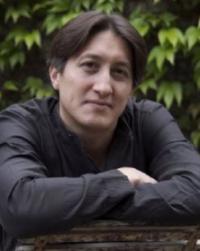 Freddy Kempf was born in London in 1977 and came to national prominence in 1992 when he won the BBC Young Musician of the Year Competition following a memorable performance of Rachmaninov Paganini Variations. However his first public appearance was at the age of four in a church in Folkestone, England.

It was perhaps his award of third prize in the 1998 Tchaikovsky International Piano Competition in Moscow that established his international career. For him NOT to have won the first prize provoked protests from the audience and an outcry in the Russian press, which proclaimed him "the hero of the competition" and his unprecedented popularity with Russian audiences has been reflected in several sold-out concerts and numerous television broadcasts. His triumphant return visit to the Great Hall of the Moscow Conservatoire the following year for solo and concerto appearances prompted the headline "Young pianist conquers Moscow" in the International Herald Tribune.

Recording of the Week,  Rhapsody in Blue – Grosvenor and Kempf