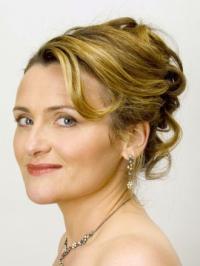 The English soprano, Susan Gritton, was the winner of the 1994 Kathleen Ferrier Memorial Prize, and read botany at Oxford and London Universities before taking up a career in singing.

In 1994 Susan Gritton made her solo recital debut at the Wigmore Hall with Eugene Asti where she has also appeared with Graham Johnson in the International Songmakers series. She appears regularly in recital throughout Britain, including Lichfield, Arundel, Aldeburgh, Cheltenham, Harrogate and City of London Festivals, the Purcell Room and the Queen Elizabeth Hall.