Given his astonishingly wide repertoire and predilection for exploring musical paths which many pianists fear to tread, I’ve long since given up on predicting what Marc-André Hamelin might do next in terms of recording-projects; even so, the news that he was planning an extensive survey of CPE Bach’s keyboard music came as something of a surprise earlier this year. Though his large discography for Hyperion includes an eloquent recital of Mozart sonatas and a superbly sparky Haydn series, the Canadian pianist is perhaps more associated with heavyweight mavericks such as Alkan and Busoni than with music of the eighteenth century - but as this illuminating programme amply illustrates, the most prolific Bach son was scarcely less of a pioneer in terms of keyboard technique than some of the nineteenth-century virtuosos whose music Hamelin’s championed with such passion, aplomb and sheer technical wizardry over the years.

CPE lived through an era which saw the mechanics of keyboard-instruments evolving at an unprecedented rate, and as Mahan Esfahani points out in his engaging and informative booklet-essay, the composer responded to these developments with imagination and enthusiasm – both in terms of his scholarly writing (in particular the 1753 Essay on the True Art of Playing Keyboard Instruments) and in his compositions themselves. (Esfahani’s own recording of the Württemberg Sonatas, released to mark the composer’s tercentenary in 2014, makes for an excellent companion-piece to Hamelin’s album: in his sleeve-notes for that earlier disc, the Iranian harpsichordist describes CPE as a ‘Janus-like figure’ with one eye on the baroque period and another looking forward to the high Classical and even early Romantic eras, and listening to his recording in tandem with this new project certainly made me appreciate this quality afresh). 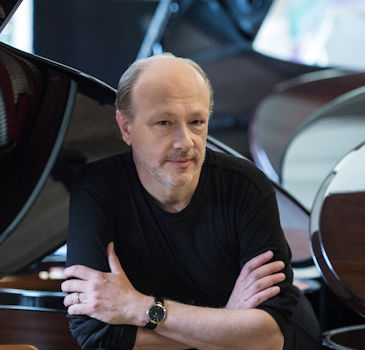 Hamelin opens in a blaze of glory with the Sonata in A minor from 1770, which shows composer and performer alike relishing the sustaining-power of the piano across all registers and creating a panoply of exhilarating carillon effects as peals of silver in the treble cut across sonorous rumblings in the bass. (Hamelin performs on a modern Steinway, on which these effects are even more pronounced than would have been the case on the early pianos familiar to CPE, but there’s something about the clarity of his touch here and indeed throughout which exudes a lightly-worn mindfulness of the original vehicles for this music).

It’s the works written in the 1770s and 80s which show the composer at his most inventive and engaging, notably the wonderfully elegiac Abschied von meinem Silbermannische Claviere in which the composer bids a tender, bitter-sweet farewell to his beloved clavichord (though addressed to a specific instrument, there’s also an implied commentary on the encroaching dominance of the piano more generally), and the rich, strange Freire Fantasie in F sharp minor, which in Hamelin’s hands seems to prefigure mid-period Beethoven and momentarily even late Schubert. (Esfahani notes that Beethoven was a devotee of CPE’s essay on keyboard technique, and this is by no means the only work here which makes the connection plain).

Hamelin is ever-attuned to the composer’s delight in the possibilities of the relatively new instruments for which he was writing and their ability to switch between different palettes and textures in a heartbeat: listen, for instance, to the rapid shifts from organ-like sonorities to toccata-esque virtuosity in both the Rondo in E major from 1781 and the Freire Fantasie from six years later, or the half-dozen colours which Hamelin creates from a single repeated note in the Fantasia in C major from the mid-1780s. And, as ever, he’s a master at gently underlining (but never pre-empting) every surprise twist in mood or harmony, of which CPE supplies many throughout.

Running to two-and-a-half hours, this was an album which I’d planned to dip into at intervals over the Christmas break rather than consuming in a single sitting, but thanks to the canny programming and the infinite variety of Hamelin’s musical imagination I found myself spellbound for the duration. This is a pianist who really does turn whatever he touches to gold, and it’s a joy to hear music which still perhaps remains under-appreciated brought so vividly to life by a true Midas of the keyboard. 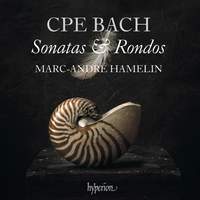 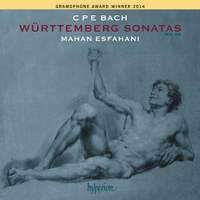