Earlier this week I spoke to Randall over Zoom about how the #BlackLivesMatter movement inspired him to launch his recording career by 'sharing the stories and voices of some very important and prolific composers who haven't found their way into the traditional canon', the influence of his mentor Sanford Allen (who was the first Black violinist in the New York Philharmonic), and how the magical summers which he spent on Shelter Island whilst studying on the Perlman Music Program spawned both a long-standing friendship and the 'delicious' opening piece on the album...

You can read a transcript of the conversation here. 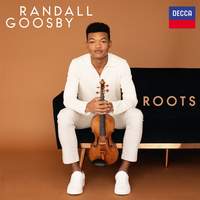