The process of selecting our Recordings of the Year invariably involves many hours of deliberation and discussion, but several candidates from 2020 received ‘Aye’s across the board – including François-Xavier Roth’s electrifying accounts of Beethoven’s Fifth Symphony and Gossec’s Symphonie à 17 parties with Les Siècles (released on Harmonia Mundi in September), which my colleague David described as ‘a truly "revolutionary" and outstanding recording, achieving the near-impossible in making a work that’s too ubiquitous for its own good sound fresh and new’.

In between rehearsals for a production of George Benjamin’s Written On Skin in Köln just before Christmas, François-Xavier spoke to me about the common ground and contrasts between the two symphonies, how much his approach to Beethoven has been informed by his work with living composers, and why he relishes conducting this music with period-instrument orchestras.

What were your plans for the Beethoven anniversary year before things got derailed by COVID, and will any of them come to fruition further down the line?

The heart of my year was going to be the complete cycle of the symphonies with Les Siècles: we started before the pandemic hit, and the day before the lockdown we gave what was supposed to be the central concert at Versailles with no audience. (We did manage to record the Eroica before the restrictions kicked in, and that will come out in early 2021). The current intention is to do the cycle in February 2021 in Nîmes, which I’m looking forward to enormously even though it’ll no longer be the anniversary year! Before that I did the Neue-Akademie concerts with Gürzenich-Orchester and Pierre-Laurent Aimard in Köln, Hamburg, Munich and London, which was a very important project for me: it has its roots in the Academy concert-form which Beethoven invented, and the idea was to pay tribute to his innovation by performing his music alongside works by Zimmermann & Lachenmann.

How did you knit the programme together?

The Lachenmann work was Tableau, which doesn’t come around very often; the Zimmermann was Photoptosis, the work where he quotes the Ninth Symphony, so it made for a really interesting programme. I also asked Francesco Filidei to write a new work for piano and orchestra, to be performed just after the Emperor Concerto, and I’m simply delighted with the result: it’s an absolutely irresistible piece, full of humour and quotations from the Emperor itself. I commissioned the Berlin-based composer Isabel Mundry to write some transitions between all of these works and we also involved a choreographer, Jörg Weinöhl, so that there was a real dramaturgy to the whole thing.

Will those February performances be your first complete Beethoven cycle in concert?

I’ve conducted the cycle very often with modern orchestras as well as with Les Siècles and the Orchestra of the Age of Enlightenment, but never in the space of a week! So yes, February will be quite an experience, restrictions permitting…

Do you find that you make different interpretative choices when conducting the symphonies with a period ensemble rather than a modern orchestra?

That’s not really the way I think about it: to me, the desire to work with period instruments is itself a much more holistic thing, and it’s about the overall approach and aesthetic rather than about micromanaging individual details. When I’m preparing repertoire I’m avid to find out everything I can about the work and its context in musical history, but once I’m actually conducting I don’t feel I’m in a position to make this choice or that one – every interpretation is simply a reading of the score at that particular moment in time, and that interpretation could be dramatically different a few days (or even a few hours!) later. What is completely true is that using period instruments forces us to always be mindful of the time of composition: to see on one side the limitations the composer was up against, and on the other all the innovations and sometimes the sheer craziness of what Beethoven did with the resources he had!

The trio of the Eroica Symphony, for me, is one of those moments where the use of period instruments always registers especially keenly…

Yes, and that’s a good example of a passage where it’s so important to go back to the music’s roots: what is this trio of horns? It’s really a hunt sequence, and that becomes so clear when you have natural instruments, because you don’t go into a forest to hunt with a modern horn! You go equipped with a very simple instrument that’s basically a tool to announce your family name: that was the whole principle of these early horns, and the gesture speaks even more strongly on period instruments.

Beyond that, it’s hard to identify specific moments, but I think that the whole thing starts with the pitch itself, which has such a dramatic effect on the overall balance and colour. The sound of gut strings is something so special: it’s warm, delicate and fragile, but also so full of life and articulation. But for sure there are passages which will suddenly grab me in every performance: Beethoven knew all of the instruments and their capabilities so well, and so often he delights in using them in unexpected ways that suddenly push you into a dimension that’s exotic, or phantasmagoric, or even ghostly. I think that’s what I appreciate most about using period instruments, actually: rather than having this homogeneous sound that’s nice and round and generous, you suddenly touch something uncanny, as if the composer is talking to you directly (and often with a chilling, threatening voice in the case of Beethoven!).

What inspired you to couple Beethoven’s Fifth with the Gossec Symphonie à 17 parties?

There are so many connections between these works, and I’m always wary of imposing my own ideas about these things on listeners, but certainly when I hear the Gossec symphony and think about where it goes and where it comes from it sheds a different light on the Beethoven. One obvious conundrum when it came to making this recording was that the Beethoven symphonies are so widely known and recorded: what on earth do you present alongside something like the Fifth, which is probably the most popular orchestral music on earth?!

Our idea with Les Siècles was to explore Beethoven’s relationship with my country, France. We know that Beethoven had huge admiration for the French culture: his generation lived through the French Revolution, which of course sent shockwaves through the whole of Europe at the time, and we also know that he was exposed to some of the most influential French symphonic compositions of the period. Gossec was one of the best-known French composers in Europe during Beethoven’s lifetime: like Méhul he was very successful in the early nineteenth century, but for a variety of reasons their music is almost entirely neglected today. I thought it could be interesting for the listener to experience his music, because we know that Beethoven not only heard it in concert but was also fascinated by certain aspects of Gossec’s writing: for example, how he used the versatility and vitality of the wind instruments in a way that was quintessentially French and completely distinct from was going on in Germany or Austria at the same time.

It’s also interesting to hear what constituted French symphonic form at the time, not necessarily to make a detailed scholarly comparison, but just to get some perspective between the two works. I love Gossec, but when you put these two pieces alongside each other you can hear so clearly that one is absolutely the product of a particular time and culture whilst the other really does speak to anyone across the centuries.

And will you be doing a similar pairing with the Eroica?

How much has your perspective on Beethoven’s music shifted over the course of your career, and which conductors do you particularly admire in this repertoire?

Maybe I’ll surprise you here, but I think that the strongest influence on how I conduct Beethoven today is actually contemporary music: it’s my contact with the composers of our time, which makes me reconsider things and ask myself much more interesting questions than I perhaps did ten or twenty years ago. These days I simply have another eye, another ear, another understanding of what Beethoven wanted to say because I’ve spent so much time working with living composers: even if you’re conducting music by a composer who’s been dead for three-hundred years, I think you can still get into a certain mindset where it’s as if he’s right there with you in the rehearsal-room making suggestions!

In terms of other conductors, John Eliot Gardiner was a very important person in my development as an artist, and his Beethoven symphonies were a real shock when I eventually listened to them – the same goes for Nikolaus Harnoncourt’s set, which was such an important recording for me. But there are so many great Beethoven conductors, and not only in the period-instrument business: George Szell is just one of the people I revere in this repertoire, and his recordings are a source of real inspiration and joy.

First and foremost I’m interested in performers who really question these works, like my dear friend Teodor Currentzis; he recorded his Beethoven 5 just before us, and I listened with great attention a few weeks ago. Teodor is far more compelling to me in this music than my other friend Andris Nelsons – I appreciate Andris for many things, but unfortunately his Beethoven is something which just doesn’t excite me! I’m a curious person, so I’m very connected in the sense that I listen to all the new recordings that come out, and I love to go to concerts – earlier this year I was at the Berlin Philharmonie, where I had the immense privilege of hearing Sir Simon Rattle conduct the Chamber Orchestra of Europe for the first time, and it was so incredibly moving. They did the Violin Concerto with Vilde Frang, and it was a miracle: I’ve honestly never heard anything like it. Simon is somebody who is really much ‘younger’ than many of my colleagues who are still in their twenties: it’s not a question of blood or age, it’s all about how you question the score. 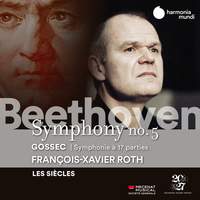 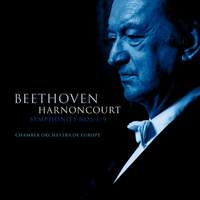 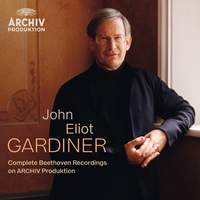 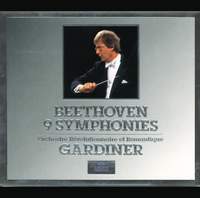 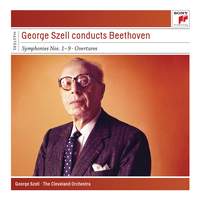 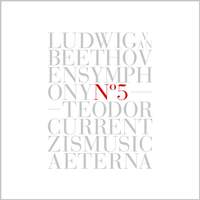