Since its release in May, Polish tenor Piotr Beczała’s debut recording on Pentatone has been praised in Gramophone as ‘a simply wonderful disc’ and prompted Opera Magazine to declare that ‘there’s no finer tenor operating in the spinto verismo category today’. We spoke last month about the singers and conductors who’ve inspired him in this repertoire, why he’s held off exploring verismo until this stage in his career, and his plans to take on two new Wagner roles in the relatively near future…

You've bided your time before tackling verismo in the studio and on stage: what was your first foray into this repertoire, and how did you prepare for it?

I first sang Cavaradossi only a couple of years ago and it was a very radical step, because I’ve always thought that a singer’s progression in the direction of verismo should be very logical. I’ve been singing Rodolfo in La bohème for nearly twenty years and it’s been a useful experience, but of course La bohème is not really verismo: I spend a lot of time talking with conductors I admire, and several of them told me that it’s only Act Three of the opera that qualifies. (Though actually in some respects Rodolfo himself, who’s constantly struggling and living in poverty, is a very typical verismo personality…) With that in mind, I told myself that I had to be able to imagine singing that third act three times back-to-back in order to be ready for Cavaradossi – it’s not an especially big role, but in terms of the way it’s structured that was a helpful analogy for me.

Apart from Cavaradossi and Maurizio in Adriana Lecouvreur, most of the roles on this album are new territory for you: which of them do you see yourself eventually singing in full?

In theory I'd consider singing all of them, but not necessarily right now: half of the operas on the album I could do tomorrow, and others will happen in four or five years. I’m not really sure that I’ll turn out to be the verismo tenor of this generation, but that’s not my goal: I just want to expand my repertoire to include these roles. I’m not looking to be a specialist; it’s just because I have a lot of fun with it!

Part of the fun is because there are no kings or princes here: these are working-class characters, with a few poets thrown in. There’s no respect for the aristocracy or the monarchy: when upper-class characters do appear they’re generally portrayed in a negative light, as in Andrea Chénier which is set in the French Revolution. The whole genre is based on emotions, and in that respect characters like Turiddu and Calaf are very simple and direct: whereas a role like Riccardo in Ballo in maschera (which I absolutely love to sing) has a very structured character-arc, these guys just react to events and to the other characters in a very visceral way. That's the biggest difference between Verdi and verismo in my opinion: it’s wonderful to be able to channel all of these raw emotions through the voice, but you need a lot of solid technique and support to survive it. It’s not about screaming, it’s about transmitting emotions - and these are two very different things.

Which particular conductors have provided a guiding hand?

For example, the late Nello Santi, whom I worked with a couple of times in Zurich; we did mainly Verdi together, but we talked also about verismo and my development in general. I’m also good friends with Marco Armiliato, who is fantastic in Italian repertoire. I always try to imagine the next step of my journey well in advance, to be sure I’m not making a mistake; it was the same with moving into Wagner, and with all the technical changes I’ve made over the past couple of years.

Speaking of moving into Wagner, do you have plans for further steps in that direction?

I’m talking with various people about Parsifal and Walther in Meistersinger, which are the only two Wagner roles I can imagine pursuing. Singers’ schedules are always planned years in advance, and that’s a good thing! When I decided to sing Lohengrin, it was three or four years before the first performance, and the same is happening with these two roles. I have things already in place for Parsifal: my first one will be a concert-performance with Franz Welser-Möst and the Cleveland Orchestra in 2022. And there is talk of a new production in Bayreuth later that year, but because of the COVID restrictions all of those plans are only pencilled in: the new Ring which was scheduled for this year has already been cancelled, so the 2022 season remains uncertain too. But I plan to take this role into my repertoire for sure.

Meistersinger is also way in the future; I have a very good relationship with Christian Thielemann, and he told me that when I decide I feel ready for Walther he will put on four performances for me in Dresden, just to try it out. That’s really the dream situation for test-driving new repertoire: when you’re lucky enough to work with musicians you know who will tailor things especially for you, then the atmosphere is wonderfully friendly and stress-free.

Do you plan to continue singing bel canto and lyric repertoire alongside the more dramatic roles you'll be taking on in the coming seasons?

I’m keeping Edgardo in Lucia di Lammermoor in my repertoire for the next few years, and will do a new production in Zurich next summer, all being well. But Edgardo aside, I was never a typical bel canto tenor: I’m one of the few who’s never sung Nemorino! My only other real bel canto role was Elvino in La sonnambula with Edita Gruberová in Zurich nearly twenty years ago, but the tenor’s not so important in that opera. My earlier career was much more about Mozart than Donizetti, Bellini or Rossini, but this kind of balance between bel canto singing and developing into the dramatic repertoire is so crucial. You have to guard against any signs of stress or loss of flexibility in your voice, because Wagner and verismo in particular can be very dangerous if you start singing too much of it too soon.

There are a lot of vocal exercises you can do to keep things healthy, of course, but what you really need is a coach or someone else you can trust to listen when you’re practising. We singers can’t hear ourselves very well, and I’m very fortunate in that my wife’s always by my side; she studied with the same voice-teacher as me, so she knows the system, and she comes to all my performances and almost all rehearsals. We are a team, and this is absolutely invaluable: when you lose control over your instrument you can get into real trouble before you even recognise it yourself, and having a trusted pair of ears out there helps you to avoid the problems before they start.

Do you still work with a regular voice-teacher?

Not any more. I had the same wonderful teacher for nineteen years, and over time I’ve simply developed and customised some of his ideas for myself a little more; I’m also very interested in education, and hopefully some of the solutions I’ve found will also be useful to the young singers I work with. I made all the changes to my technique over the last six or seven years by myself – it seems to have worked very well, and I think it will work for a while!

How much do you think approaches to the verismo tenor roles altered over the course of the twentieth century, and which 'Golden Age' voices have inspired you in this repertoire?

It’s actually quite complicated because when you look at the scores of verismo operas, you see a lot of pianos. Not everything is forte or fortissimo, and in that respect the interpretations at the beginning of the twentieth century – from Caruso and all of the singers who followed in his footsteps - are very different from those of the Golden Age of the 1950s, 60s and 70s. When people speak of the 'Golden Age', they’re really talking about two tenors: Franco Corelli and Mario del Monaco. (I would also include Giuseppe Giacomini in the category, who came a little later than those two: he's a singer I really admire in verismo). Everything’s about the sound, which is glorious and I love it - but when you go back a little further to the 20s, 30s and 40s, you see that they sang this repertoire with real lyric qualities, and that’s something I do miss in the Golden Age.

You sang Cavaradossi's first aria at the Met Gala back in April - how was the experience for you, and what else have you been up to in lockdown?

The Met Gala was a fantastic idea, and I loved being part of it: it was wonderful to see my friends on the screen and to talk with them a little, but nothing replaces real singing, and we still have no idea when that will return. I’m in Poland now, having escaped New York shortly after the first round of cancellations at the Met; we had an apartment here already, so it’s not a big deal, but it’s certainly a very strange situation. When they open the borders I will probably go to Vienna and try to continue working on the new roles I have to study, though my debuts as Radamès at the Peralada Festival in Spain and at the Met have unfortunately been cancelled. Art and culture will be the last group of professions to return, and there’s no denying that the future is going to be very difficult for all of us.

Finally, where was the beautiful video-trailer for the album filmed?

It was made in Vienna. It’s always tricky doing these promotion videos – they take a lot of time, and it was very cold, but also a lot of fun! It was filmed by Julia Wesely, who also did the cover-image. 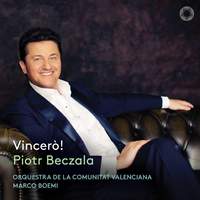 'Just listen to the luminous ring to Beczała’s tenor in the open-hearted ‘Recondita armonia’...In an age when many singers are persuaded to take on heavier repertoire far too soon, it’s refreshing to read of an artist armed with patience...This is a simply wonderful disc.' (Gramophone) 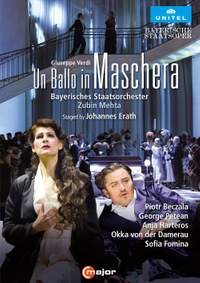 'Nigh on unimpeachable, Beczala’s Riccardo is sung throughout with clean edges and unforced lyricism… he gives a marvellous performance.' (Opera Magazine) 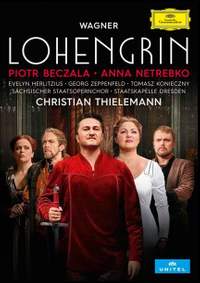 'he cast are good to look at on camera and are no slouches as actors...Beczała also sounds here to have an ideal weight of voice and a cunning balance between dreamy lyrical and heroic' (Gramophone) 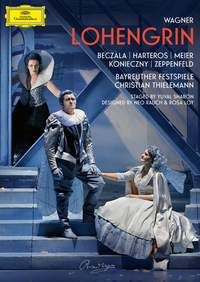