Gustav Mahler was known for constantly tinkering with the orchestration of his works, and this is especially true in the case of the First Symphony. The 1896 Berlin premiere of his "Symphony in D major" was actually the third version of a piece that had already been heard in Budapest, Hamburg, and Weimar. However, in those earlier performances the work not only consisted of five movements rather than the eventual four, but was also known not as a symphony but rather as "Titan, A Tone Poem in Symphonic Form". It is the second version of Titan (the 1893-94 Hamburg/Weimar version) that comes to us today courtesy of conductor François-Xavier Roth and his acclaimed ensemble, Les Siècles. 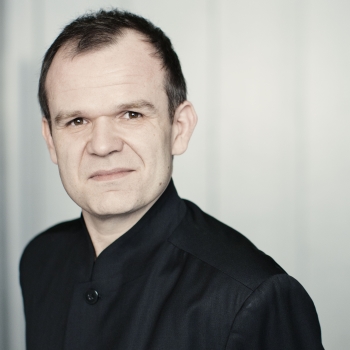 You may wonder how different Titan could really be from Symphony No. 1, especially as (aside from the additional movement!) the music itself is essentially the same. Well, a definitive answer comes within the first minute. It all begins familiarly enough: the strings and woodwind enter as expected (with one or two minuscule differences such as the precise distribution of the violin and viola harmonics, plus the use of a bassoon rather than a bass clarinet, but nothing majorly different).

If we were listening to the symphony proper, we would then hear a subdued fanfare played by the clarinets. In Titan, we do still get the fanfare, but performed instead by three off-stage horns! It's certainly a bit of a shock if you know the symphony well. These differences continue: the subsequent, expressive horn melody is in Titan not only performed by off-stage instead of on-stage horns, but also played with mutes rather than open. It's intriguing to hear how completely this changes the mood of those few bars.

Having said all of this, I don't just want to turn this into an extended game of Spot the Difference. All of these variations wouldn't mean much if the performance wasn't up to scratch, so I'm happy to say that it's extremely fine indeed, with Roth pacing all five movements beautifully. Part of the impact undoubtedly also comes from the use of period instruments, so a mixture of bare and spun gut for the strings, and German and Viennese woodwind and brass that get as close as possible to the instruments that Mahler himself would have been familiar with.

The more incisive attack and articulation of the gut strings combined with the smaller bore of the brass instruments reveals one of this performance's major virtues: you can hear a wealth of detail in Mahler's string writing that often gets buried under loud brass chords. The last movement in particular benefits enormously from this: even at Roth's relatively controlled tempo, there is an extra level of frisson and drama owing to the fact that you can actually hear what is going on in the strings.

Even if this were just a performance of the "normal" symphony, I would still recommend it very highly, with a particularly impressive contribution from the principal double bass at the start of the penultimate movement, and a charmingly light and breezy trumpet solo in the ultimately-excised movement, Blumine. On top of this, the clarity of the instruments used coupled with the novelty of this early version push it even further into a recording that I find extremely satisfying.

Music publisher Universal Edition have just released a critical edition of the full score (the first time that a score of Titan has been published), which I have linked to below as well. If you're at all interested in orchestration then it's fascinating to be able to see the hundreds of tiny changes that Mahler made, and, in conjunction with this wonderful recording, to hear the impact that they make on the mood and emotion of the piece. 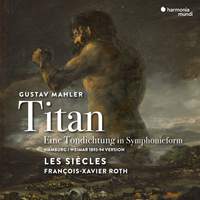 A Tone Poem in Symphonic Form 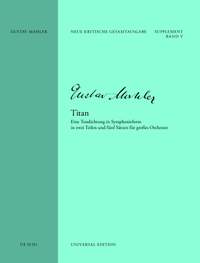 Never published until now, Universal Edition presents the very first edition of Titan; this full score includes an extensive preface detailing the history of its genesis, a discussion of the underlying ideas of the work, colour illustrations of significant sources, and a critical report that details variants, problematic passages, and all editorial interpolations.