There has always been a variety of approaches to the performance of Beethoven’s symphonies, depending to an extent on whether the conductor chooses to focus on the Classical tradition that Beethoven inherited, or to position him as an innovative pioneer of the Romantic period (a distinction that goes right back to the time of Mendelssohn and Schumann, with the former preferring performances with brisk tempos and an emphasis on structure, in contrast to the latter’s desire to accentuate the music’s gravity and solemnity). 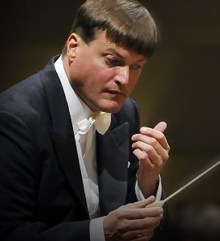 First of all, a live set from Christian Thielemann and the Vienna Philharmonic. I was immediately impressed with Thielemann’s attention to the markings in the score: he observes every single sforzando, and the difference between forte and fortissimo is scrupulously adhered to. In the accompanying DVD documentary, some of his players mention that he would occasionally do something different in the concert that they hadn’t rehearsed, and this sense of spontaneity definitely comes across.

Perhaps the most controversial aspect of Thielemann’s approach is a more extreme deployment of rubato than is traditional, especially in the Eroica, the fifth, and the ninth. While it may be too much for some, it is always there for a reason: either to underline a dramatic moment or to highlight an important point in the structure of a movement. Listen, for example, to the three drawn-out cello/bass notes leading into the C major section of the Eroica’s funeral march, which can very often sound far too jaunty after the tragedy of the movement’s opening, but which in Thielemann’s hands maintain nobility and weight without becoming stodgy. I was struck by how much the movement as a whole seems here to foreshadow Siegfried’s funeral march in Wagner’s Götterdämmerung (not surprising really, given Wagner’s opinion of himself as the natural successor to Beethoven!).

These are live performances, and while the playing is almost always of the standard one expects from such a prestigious orchestra, my only reservation is that just occasionally the ensemble is slightly less immaculate than one might like. For instance, in the initial chords of the first symphony, the string pizzicatos aren’t quite together with the wind until the third bar. This is a very minor gripe, though, and shouldn’t put you off investigating this most interesting set. 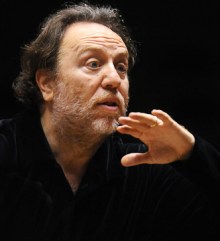 One of the thorny issues facing any conductor is the problem of Beethoven’s metronome markings, which are normally thought to be impossibly swift, to the extent that some musicologists have questioned whether his metronome was actually faulty! Occasionally, however, conductors do stick to these markings as closely as possible, and this is certainly the case in another recent set, with Riccardo Chailly conducting the Leipzig Gewandhaus.

Hearing Chailly talk about his performances, it’s clear that one of his main concerns was a general insistence on the non-flexibility of the metronome marks, without making the music seem rushed. As he says, “of course it’s fast, but ... you should not feel it’s breathless”. This is particularly true in the last movements of the second, fourth and eighth symphonies, which really are pretty brisk! Whether or not he succeeds in avoiding that breathless feeling is open to debate, but there’s no doubting the lightness and freshness that these speeds bring to the music, as well as virtuoso playing from the orchestra.

Something I kept noticing was how he brings out the rhythmic lines of the horns and trumpets, giving his interpretation a real sense of drive, and I delighted in picking up on little details I had not heard before (such as the splendid chirruping of the piccolo in the last movement of the fifth!). This set was released last November (and, unlike the Thielemann set, also includes eight Beethoven overtures interspersed throughout the discs), and Decca will also be releasing the discs individually on the 6th of February.

So, I’m not going to come down entirely in favour of one set or the other, as both have much to offer and are worth hearing. I suppose in the end it depends on whether you are a Mendelssohn or a Schumann: do you like your Beethoven fast and energetic, or weighty and in the grand, Germanic tradition? I’ll leave it to you to decide! 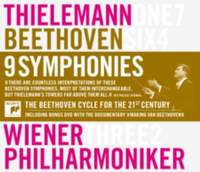 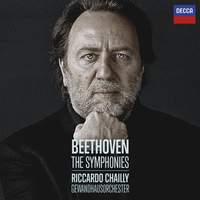