As Chris heads off for a well-deserved early Easter break in France, it falls to me to tell you a bit about one of the stand-out new releases – an ambitious, exciting debut disc from a Russian soprano barely into her twenties.

Having very much enjoyed Julia Lezhneva’s thrillingly-sung contribution to Naïve’s superb recording of Ottone in Villa a few months back, I made a bee-line for this recital of Rossini opera arias when it arrived on Chris’s desk. Coming hot on the heels of Joyce DiDonato’s acclaimed ‘Colbran: The Muse’ disc (last year’s Gramophone Recital Disc of the Year, which features many of the same arias), she’s certainly got a tough act to follow with this collection of fairy-tale heroines, mythical queens and abandoned women, but her astonishingly flexible, wide-ranging and even-toned soprano seems to be eminently up to the challenge. 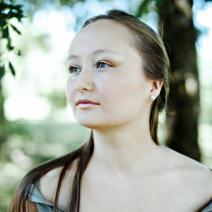 Given Lezhneva’s extreme youth (after all, 21 is barely out of the nursery in ‘singer years’, and in fact she was just 19 when the disc was recorded), the first thing which impresses is the range of vocal colour and unforced fullness of tone – I hesitate to say ‘maturity’, because the basic sound is so unfailingly fresh and even, with no hint of any pressure, wobble or precocious fruitiness even in the lower reaches of this demanding programme. The opening track lays her virtuoso credentials squarely on the table, with Rossini’s trademark vocal fireworks – breath-sapping phrases, cascades of semiquaver runs, two-octave leaps and exposed ‘money-notes’ – all handled with insouciant aplomb. Comparisons are bound to be drawn with the young Cecilia Bartoli, who first burst upon the scene twenty-five years ago singing similar repertoire at a similar age, but Lezhneva is very much her own woman and her singing is refreshingly free from mannerism. Perhaps unsurprisingly, she’s at her best in the florid display-pieces allotted to the more girlish characters in this gallery of Rossini’s women – she can’t yet quite match DiDonato for vocal drama, word-painting and tonal variety in the excerpts from Otello and L’Assedio di Corinto, for instance, and comes across as just a shade too light for the big-boned William Tell aria – but her bel canto instinct and innate sense of phrasing are in evidence everywhere.

She’s beautifully and sensitively supported by Marc Minkowski and his band throughout (listen out in particular for some brilliantly characterful woodwind-playing in the opening track, which you can sample via the video-link below).

This lovely, distinctive voice is already far more than just a work-in-progress, but I can’t wait to see what its owner will be up to in ten or fifteen years’ time – clearly the big Mozart roles beckon (she’s due to sing Fiordiligi in Minkowski’s Così fan tutte in Salzburg later this year), and she has all the raw materials for Donizetti’s queens and perhaps even a Norma or a Violetta in terms of the voice’s agility, range and body. But what really makes this disc special for me is the sheer infectious joy which Lezhneva conveys in singing this music: especially in the extended ‘happy ever after’ scenes from the close of La Donna del Lago and La Cenerentola, she simply exudes youthful exuberance and joie de vivre. Lezhneva’s already such a natural communicator that you can sense all of this even without even actually seeing her perform, but do take a look at our short video to watch her in action (such endearing facial expressions!) and to learn a little more about her discovery of her remarkable voice. 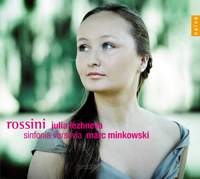